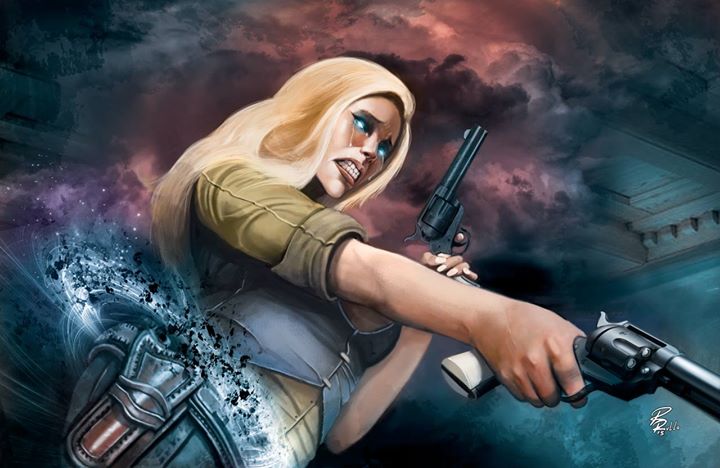 1. You need to pick a faction and stick with it for the whole league, but you may change decks as often as you like (as long as it is the same faction:  ie, you can play various The Fourth Ring, Sanitorium, and Full Moon Brotherhood decks.

All official Doomtown: Reloaded cards up through There Comes a Reckoning are legal.

3. Maximum 20% of games can be played against one player at trigger points which are: 10 games and then every 5 next games.  You can only play one person 2 times during your first 10 games, then once every 5 additional games.

Example:  I play Swider twice in a row, then cannot play him again until we both have 10 games under our belts.  At that point, we can play once more, and once we both have 15 games reported we can then play again.


5. Minimum of 6 games (average of 2 per week) is required to move onto the semi finals, and also to receive prizes.

6.  Have fun and be respectful!  This league, while competitive, is just as much about community and the exciting successful relaunch of Doomtown Reloaded!

1. Please make screenshots at the end of the games - this helps in case there is a dispute and someone remembers wrong.

2. Make sure you explicitly state this is a Servitor Series League game.  Also some people use different nicknames on challengeboards and OCTGN - be sure you know what your opponents challengeboard username is.
3.  For discussion, arranging games, or announcing availability you can either post to the discordapp.com chat:  https://discord.gg/S6xFzS2
or post on this discussion area of challengeboard, or use this facebook group:  https://www.facebook.com/groups/725656174207374/

Minimum of 6 games played (average of 2 per week) is required to be eligible for prizes, and the top 8 will have additional promos as well as the choice of one of the premium prizes (playmat and ivory servitor).

No Entry fee is required for this league, but I only ask that you pay your own shipping for any prizes mailed to you, plus $5.50 if you choose an ivory servitor.


We are also adding a 'Most Creative Deck' award at the end of the main portion of the league (before the top 8).  I will be giving away an as-of-yet-unannounced choice of prizes to the person of the deck with the most votes for most creative deck.  Only rules are that it contain at least 1 TCaR card in it (legend, or regular card), and it had to at least win 1 game during the league.